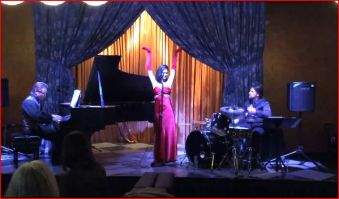 Pianist Nick Busheff is one of the most diverse and dynamic musicians on the concert stage.  After years of classical training, degrees and awards he ventured into popular music and has performed in hundreds of venues in the US and abroad.

His music was featured in the independent film, Angel on Fire which won the Gaia and York Entertainment Award at the Moondance Film Festival.  In 2012 Busheff arranged and recorded music for the opening scene of the award-winning feature film The One Who Loves You also making a cameo appearance.  In 2013 he co-wrote and co-starred with   vocalist Nancy Stohlman in The Party’s Over music video.

Busheff’s musical directing credits include Legends of the Piano, A tribute to Elton John, Anything Goes, From Bach to Billy Joel and many others.    In 2013 he composed and performed music for Nancy Stohlman’s  The Monster Opera which received rave reviews.

Busheff recently toured Germany performing original compositions and arrangements of classical, jazz and sacred favorites.  Since 2013  Nick has been an annual guest artist at The United States International Duo Piano Competition.  His music has been featured on KUVO ( jazz) and KVOD (classical) radio stations

Nick Busheff currently plays in a variety of bands and ensembles throughout Colorado.