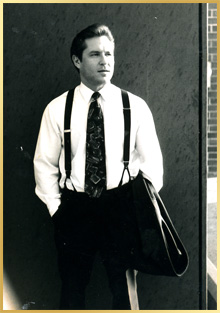 Nick Busheff is a well-known educator and adjudicator in the Denver area.   He received his Bachelor and Master’s degrees in piano performance from the University of Colorado and the Cincinnati Conservatory.

Busheff was a scholarship recipient at the prestigious Aspen Music Festival and was also accepted into the Master of Music program at the Peabody Conservatory and Juilliard School in New York.  His numerous awards include first prize in the CSMTA Collegiate Artist Competition and Walter Fiske Scholarship Award.  While studying at the Cincinnati Conservatory, Busheff earned a rare “Pass with Distinction” honor for his Master’s recital.    Busheff has studied with some of the world’s greatest teachers whose teaching lineages go back to Liszt and Beethoven.

In 1987  Nick Busheff joined the piano faculty at Metropolitan State University in Denver where he taught for fifteen years.  Well-versed in a variety of styles, he has coached concert pianists, jazz players, rock musicians and composers.  Busheff has judged many local piano competitions.

Nick currently teaches privately at Schmitt Music in Denver (Steinway dealer) and uses an accelerated approach for both beginners and advanced students.  In addition to note reading and technique he also covers improvisation, playing by ear, arranging and composition.  Rather than using a single method, Busheff designs his lessons around each individual’s goals and personal preferences.  His number one goal for students, “Let them play the music they like and make it fun.”